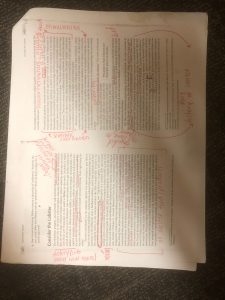 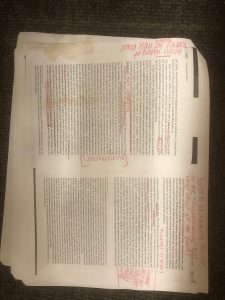 After reading Animals Like usthere was many things that had come up throughout the article, things I had agreed with and things not so much. Herzog expressed many of his beliefs to us but had come to a stopping point of how he is, “conflicted about our ethical obligations to animals” as well as ultimately failing to find common ground with animal rights.

On the very last page, second to last paragraph and the very last paragraph, a very strong point came up that really brought everything together for me to understand. It talks about the ethical territory being the “troubled middle”, which I for sure strongly agree with this. We also see the world in grey, not in just black and white. this grey is blurry, such as an individual may eat meat but also think about the animal such as if its an animal that has lived a long life, was treated well and died of natural causes then so be it. why not eat it? But if we are going to a restaurant and ordering veal, a baby cow, that just not something I would do but this is the grey that we are experiencing.

This brings me to another big point in this article about the cats and the snakes. Yes, cats and snakes both eat live things but we cant control what the cats eat where as the snakes only eat meat, cats have cat food. In the paragraph starting off “so, pet cats cause havoc” brings up a point about how cats consume about 50 pounds of meat in a year and yet snakes only consume less than 5 pounds. There is more about cats then just consuming this meat that Herzog fails to bring up. There are indoor cats who only stay in side and fed cat food, why isn’t that brought up? It seems as if cats are trying to be thrown under the bus here, and it was even said that cat population is far higher then this snake population so how are the statistic run here? Again going back to seeing the world in grey, there is always an in between.

Lastly adding on to the way in which we see the world in grey as well as the ethics and finding common ground with this topic in animals, there comes a point that is far to extreme in which I at least think. Towards the beginning of this article, Carolyn, she gets so attached to this animal that she is leaving vacations, and even picking this animal over her husband. Again yes, people have different morals and go by different beliefs but when does this come to an extreme. When we start trying to marry these animals over real life humans? Herzog has many points and I could not agree more with him that we will never find a common ground with this topic.